Puerto Penasco is a small fishing village located on the Sea of Cortes in Mexico. Commonly referred to by American visitors as Rocky Point, this small fishing town has blossomed into a popular modern day vacation destination. Rocky Point is a little over 60 miles from the USA border which makes the seaside city a popular drive to destination by visitors from the USA. Residents of Phoenix, Arizona can drive to Puerto Penasco, Mexico in as little as 3 and a half hours. Rocky Point is often called “Arizona’s beach” because it is close in proximity in Arizona and easy to get to rather quickly.

San Diego is a city on the Pacific coast of California known for its beaches, parks and warm climate. Immense Balboa Park is the site of the renowned San Diego Zoo, as well as numerous art galleries, artist studios, museums and gardens. A deep harbor is home to a large active naval fleet, with the USS Midway, an aircraft-carrier-turned-museum, open to the public.

Grand Canyon National Park, in Arizona, is home to much of the immense Grand Canyon, with its layered bands of red rock revealing millions of years of geological history. Viewpoints include Mather Point, Yavapai Observation Station and architect Mary Colter’s Lookout Studio and her Desert View Watchtower. Lipan Point, with wide views of the canyon and Colorado River, is a popular, especially at sunrise and sunset.

Lake Havasu City is in western Arizona. It’s known as a base for trails in the nearby desert and water sports on Lake Havasu. London Bridge, relocated from England, links the mainland to marinas and a looped path in an area known as the Island. The Lake Havasu Museum of History documents Native American and steamboat history. Lake Havasu State Park has beaches with mountain views, plus picnic spots and birdlife.

Laughlin is an unincorporated town and census-designated place in Clark County, Nevada, United States, and a port located on the Colorado River. Laughlin is 90 miles south of Las Vegas, located in the far southern tip of Nevada. It is best known for its gaming, entertainment, and water recreation.

Montezuma Castle National Monument protects a set of well-preserved dwellings located in Camp Verde, Arizona which were built and used by the Sinagua people, a pre-Columbian culture closely related to the Hohokam and other indigenous peoples of the southwestern United States, between approximately 1100 and 1425 AD.

Meteor Crater is a meteorite impact crater approximately 37 miles east of Flagstaff and 18 miles west of Winslow in the northern Arizona desert of the United States.

Kartchner Caverns State Park is a state park of Arizona, United States, featuring a show cave with 2.4 miles of passages. The park is located 9 miles south of the town of Benson and west of the north-flowing San Pedro River. Address: 2980 AZ-90, Benson, AZ 85602, USA 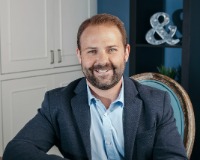 Attention Is everything and its the foundation to a great agent -client relationship. Nick knows the importance of listening to and understanding his clients' needs. His outgoing personality and desir....

TIP… ROAD TRIP DESTINATIONS FROM PHOENIX 1. ROCKY POINT (3.5 HOURS)Puerto Penasco is a small fishing village located on the Sea of Cortes in Mexico. Commonly referred to by American visitors

Are You Making Any Of These 5 Organizing Mistakes

We all want to keep our homes organized. That's a no-brainer. But many people struggle to keep their home that way. This is because there are some common behaviors that could be making it difficult

10 Ways To Save On Utility Bills During The Summer Months

The summer heat is often the culprit behind jumps in electricity costs during the summer months, so do what you can now to conserve energy and avoid additional costs as the weather heats up. If you

Should you require assistance in navigating our website or searching for real estate, please contact our offices at 602-714-7000.

© 2020 Arizona Regional Multiple Listing Service, Inc. All rights reserved. All information should be verified by the recipient and none is guaranteed as accurate by ARMLS. Information deemed to be reliable but not guaranteed. Listing broker has attempted to offer accurate data, but buyers are advised to confirm all items. Only IDX residential listings are displayed on this site. The information being provided is for consumers' personal, non-commercial use and may not be used for any purpose other than to identify perspective properties consumers may be interested in. Information last updated on March 28, 2020 9:58 AM Show More...

By registering, you agree to our terms of use and that real estate professionals and lenders may call/text you about your inquiry, which may involve use of automated means and prerecorded/artificial voices. You don't need to consent as a condition of buying any property, goods or services. Messages/data rates may apply.